“God has to nearly kill us sometimes, to teach us lessons.”
― John Muir

Its been since WS100 that I have been able to pen anything on this blog.  A very necessary break in letting things go and watching the course my mind and body wanted to take after a very challenging drop out at WS100.  I couldn’t sleep for almost 5 days after Western States- my body was in total disarray, not to mention the severe mental state I found myself in.  I followed up with my physician, also an endurance athlete, who informed me my kidneys, liver enzymes and sodium concentrations were in fact still stressed (meaning lab values were off but would return to normal given some more time). I just let things be for another week and then just as predicted, I started feeling much better.  Sleep is a huge factor.  I have talked about my struggles with it before, but to not have it as an essential element of repair when my body needed it most was and is most likely why I struggled for weeks post WS.   After I finally began sleeping again,  I found myself seeking some relief and answers on the trails as well and thought I could go run Tahoe Rim Trail 50k to test the waters.  The TRT feels like home.  I could and have run it in my sleep and thought of no better way to test my state that to go quietly give it a go.  Well, if it hadn’t been for the shear beauty that resides in those mountains, I would have called the whole thing off.  I began hurting at mile 6. Just core tired and lacking any power at my normal speeds.  I ran as best I could but decided early on, it was just me out there on a soul seeking mission, nothing else.  I finished second woman and felt a bit disappointed in my haste to run another race.  I hurt more than I should have and I went into a place that was eerily dark as my body felt more broken than before. 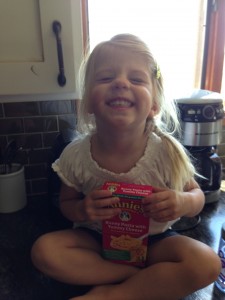 That’s when my newly appointed saint of a coach, Ian Torrence, said to pump the brakes.   He told me he didn’t advise me to continue pushing through this as I was walking on the edge of burnout or OTS (overtraining syndrome).  Take two weeks, he said, and just run when you feel like it, no major agenda.  And so I did exactly that.  Towards the end of those two weeks, JB, Eva and I were out on the JMT crewing and pacing Hal Koerner and Mike Wolfe as they broke the supported  JMT record.  Read Mike Wolfe’s report here.  So much of being by their side, watching the two of them push when they had nothing left, was some of the most inspiring moments of my life.  As Mike descended down into Yosemite valley, broken beyond anything reasonable, his shin and foot severely injured, I watched him push aside his own needs as he thought about his partnership with Hal.  Or when Hal was bleeding for hours, his nose not able to repair itself any longer, Hal didn’t complain or whine even when it would have been acceptable to do that. I was also inspired by my own daughter out there as she experienced the difficult hike up Taboose pass.  Eva was amazed by the big mountains around her, the simple streams and lakes, the new tastes of backpacker food and her mom and dad being right next to her for days on end. Her unfiltered optimistic ideas were the highlight of my own days out there.  She snuggled next to me in her sleeping bag as the temps dropped and ice formed on the grass around us.  No phone, no text, no computer and my undivided attention to be present in that moment with my family and friends, healed my mind and soul. 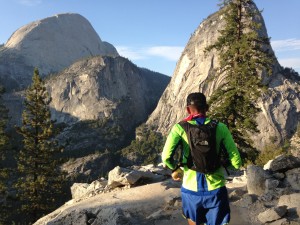 Hal in the final miles

As August moved along, so did my desire to get on with some training and out on the trails I went.  My body still protested a little and I found myself sore on runs beyond 2 hours, but my mind felt ready and healed to work through it.  As I ramped back up I focused on really good nutrition and I was sleeping like a baby (finally)!  I also started really taking care of myself after every single run- short or long.  I began foam rolling, sauna sessions, protein shakes, pilates, physical therapy and several weekly visits with my accupuncturist to move things in the right direction.  A flip switched and I felt that warm little sensation in my belly that indicated my health and my mind were right again.  The tale-tell sign- my eyelashes were growing again… the most odd indicator of my health, but true.  (It’s all about the sleep and human growth factor). 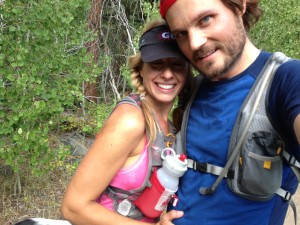 A quick trip to Colorado a few weeks ago for a Trail Runner Magazine photo shoot and hanging around my teammate, Jason, and several amazing photographers and industry pros, was fun, fulfilling and a great reminder how amazing ultrarunning is. I found the stoke factor again.  Just in time. 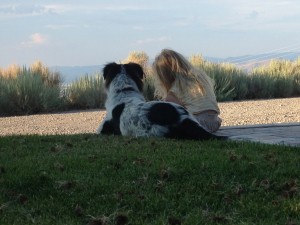 Now it’s off to Steamboat Springs, Co where I get to race Run Rabbit Run 100 on 9/13/13 where my bib number is #13…. go figure.  I don’t find myself completely superstitious, but my bib at Zion 100 was #13 as well.  I feel calm, ready for the adventure and in tune with my own body and mind. Roch Horton will be my keeper of Zen as my crewman and JB out there to film as always.   I have no idea what will happen of course, but I know I feel totally different than before Western States.  I believe in myself again and know this is just a race, nothing more, nothing less.  It will be hard, it will hurt but it will be joyous more than anything else.

Thank you Coach Ian Torrence for the wisdom and advice , Hoka One One for always supporting me underfoot and beyond,  Drymax socks for allowing me to keep pretty pink toenails, GU Energy labs (that new salted caramel is crazy good), and Vespa for the extra fat burning boost.

You can follow me live at http://www.ultralive.net/rrre100/webcast.php beginning Friday 9/13 at Noon MDT.

Wishing you all speedy, safe and joyous adventures this weekend.