Another week has gone by, a nice recovery week for me that included two whole days off from running- which I was needing very much as my body was screaming a little bit at me during Saturday’s 2.5 hour run reminding me that rest is also very key to running.   JB and I woke early to hit the trails in Golden Gate park and run to Ocean Beach and then head up to Mt. Sutro and Twin Peaks.  We were both lagging pretty good for about 3-4 miles when nearing the beach and the turnaround, JB decided to put the hammer down.  So to avoid looking like a total loser, I also picked up the pace to stay close on JB’s heels.  As we approached the 8 mile mark and Kezar Stadium, I knew my lactate threshold hill repeat was upon me and I had to “Get R done” as my Dad likes to say.  I yelled to JB that I was starting my threshold and would see him at the top of Mt. Sutro.  For me, lactate threshold occurs between the heart rate of 173-178 plus or minus a few beats.   After last week’s 2 x 60 minute hill repeats, I wasn’t too worried about the 20 minute climb ahead of me.   So off I went charging up the hill thinking I would really kill it.   It took me a few minutes to get into the grove and one look behind me revealed that JB wasn’t far behind.   I guess that was a good sign that JB is truly in peak form.  I finally got the legs motoring and got to the top a few minutes ahead of JB.  Yes those hill repeats hurt, yet I really think they make so much difference in acheiving top shape.

If every climb had a rainbow...

Now here it is Monday and I have a full week ahead of me- 8-9 miles of M pace, a 90 minute strides workout, 2×40 minute hill repeats (that I will do at Squaw Valley before WS100) and then pacing JB 38 miles on Saturday/Sunday at Western States 100! Time to push the training as it is peak workout time and the countdown to Headlands 100.

But  really I am most excited we have  finally made it to race week-  JB has been dreaming/talking about Western States 100 since forever.  My Dad and I will jump into the Journeyfilm van after the Squaw Valley start  and set out to get JB through one of the most important races of his life.  We are forming the “Team Benna” crew and will be busting out some serious crewing and pacing and we plan on having a blast. 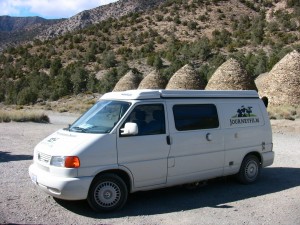 More posts and pictures this week as we get into the good stuff- packing drop bags, driving up to Squaw and pre-race festivities!